The 2019/20 Summer saw unprecedented bushfires ravage many parts of Australia, with millions of hectares succumbing to the fury of the flames. Like everyone in Australia we were shocked, devastated and saddened by the scale of the Bushfire crisis, and the impact it had on the lives of so many people and communities.

Each July the Big Red Bash brings people together from nearly every town and community across every state of Australia. As a result many of our past patrons and volunteers would have been impacted by the bushfires. Many of our crew had also been impacted, and some were even involved in various roles at the frontline of the crisis.

Although the Big Red Bash had been sold out for some time, we worked on making room for 25 more families or couples, and as a result we were able to sell 25 Big Red Bash Bushfire Support Ticket Packages valued at $2000 each, with 100% of the proceeds being donated to the Bushfire Crisis. The Big Red Bash added to these funds by matching $ for $ out of its own funds, taking the TOTAL donation from this initiative $100,000.

The $100,000 donation was divided between the Red Cross and The Salvation Army Bushfire Appeals, each of which focused on supporting the victims of the bushfire crisis. 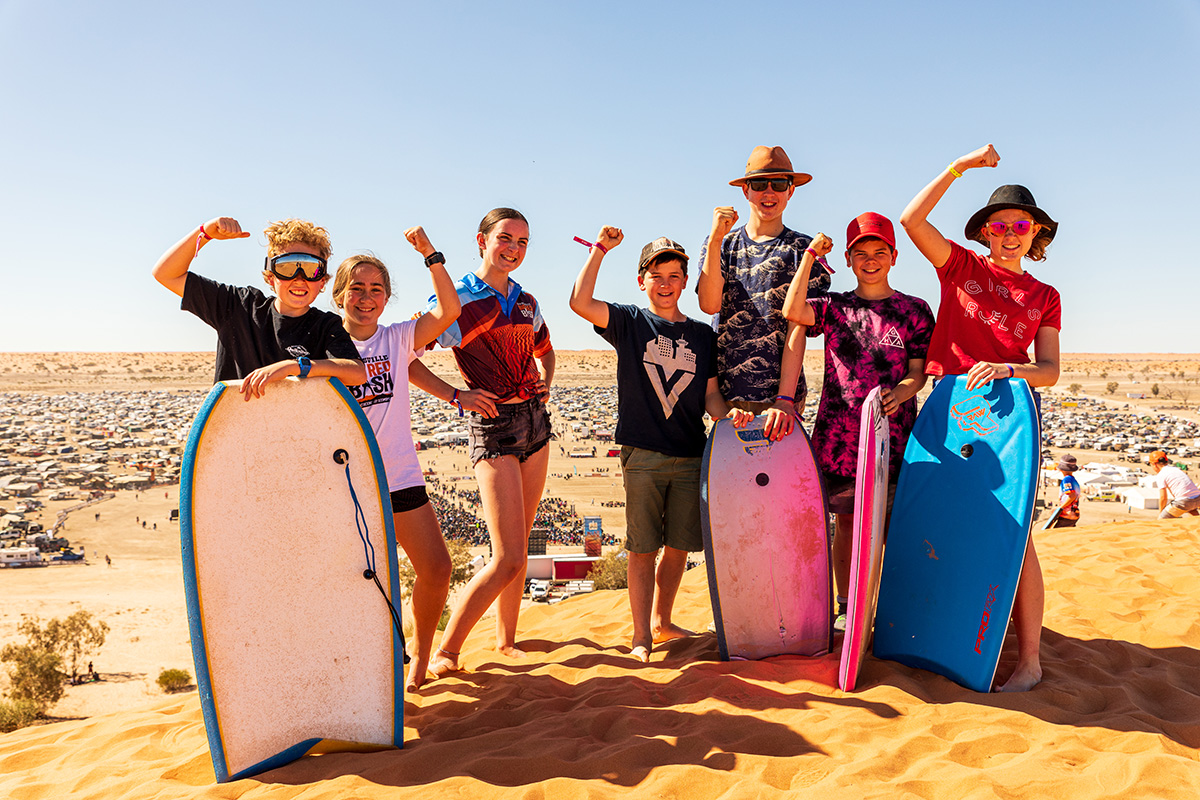